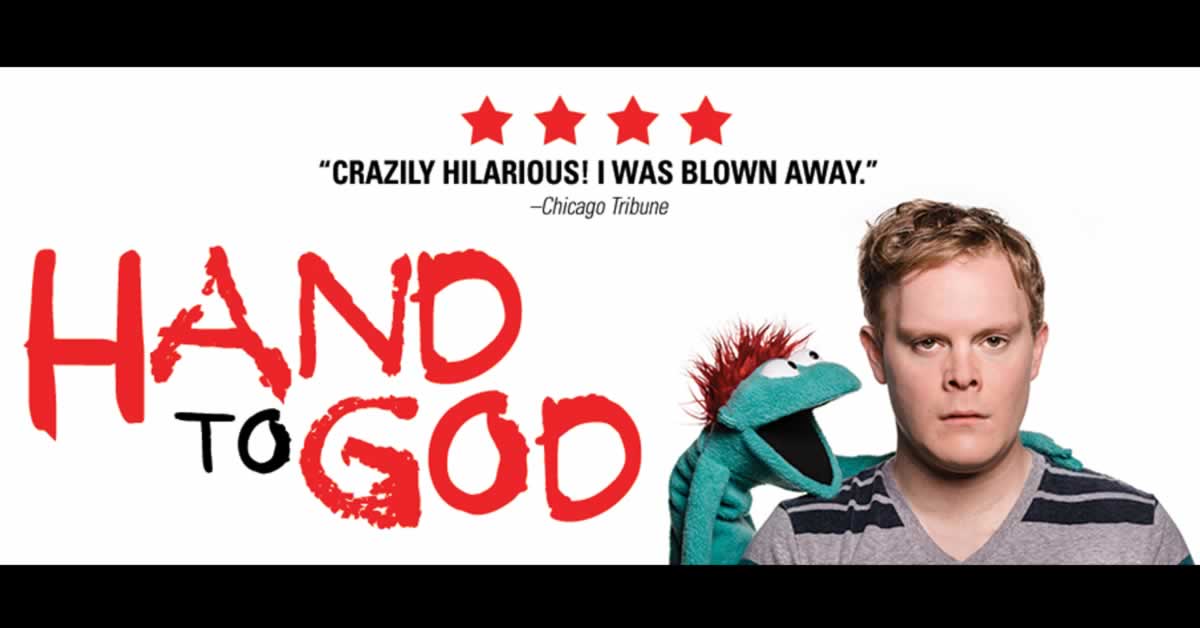 Hand to God
By Robert Askins

The God-fearing children of Cypress, Texas spend their after-school hours practicing Christian Puppet Ministry at the local church. When one devout young boy discovers that his hand puppet has a life of its own, all hell breaks loose. Literally. In this sidesplitting and lightning-paced comedy, a satanic sock puppet named Tyrone shows the children, minister, and school bully who’s really in charge. Declared “flat-out hilarious” by The New York Times and described as “Sesame Street meets The Exorcist” by The New Yorker; Hand to God by Robert Askins and directed by Gary Griffin (Never the Sinner, Appropriate) makes its Chicago premiere after thrilling audiences on Broadway last season.