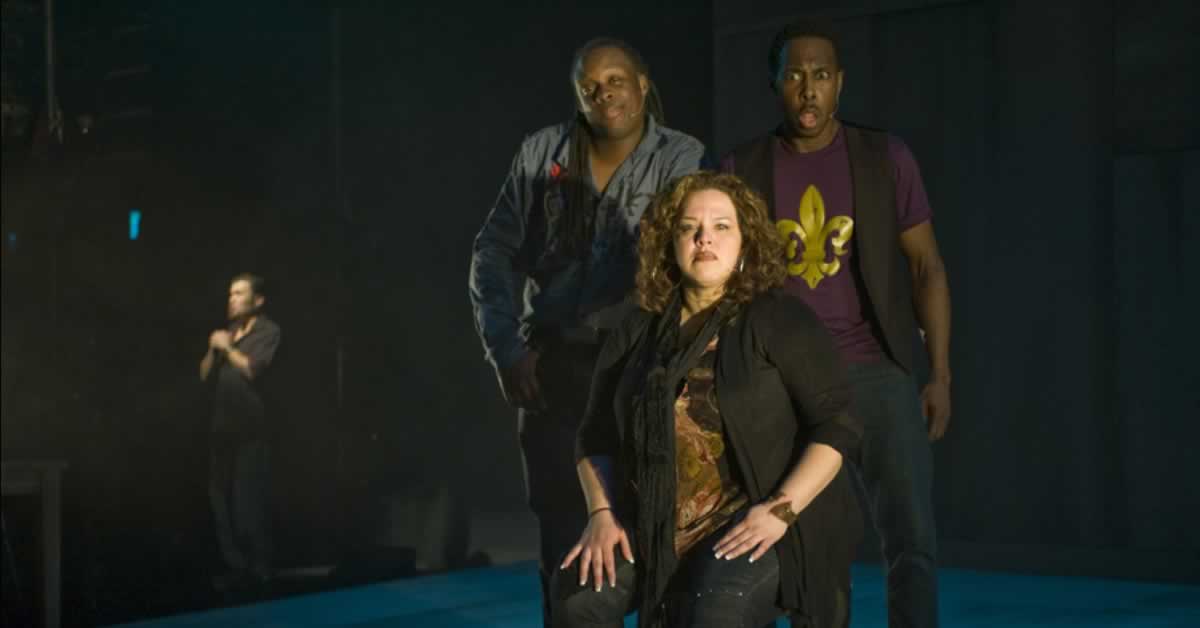 Developed With and Directed by Chay Yew

Using Hurricane Katrina as its inspiration, Ameriville is a highly entertaining performance piece that fuses hip-hop, poetry, flamenco, standup comedy, music and spoken word. Universes weaves this electrifying 90-minute theatrical exploration of race, class, poverty, immigration and political awareness into a great adventure about what it means to be American.

UNIVERSES is a New York-based American ensemble company of multi-disciplined writers and performers who fuse poetry, theater, jazz, hip hop, politics, down home blues and Spanish boleros into their own unique brand of theater-based performances. The members of the Universes ensemble grew up in the housing projects in New York City and began performing poetry in the electrifying spoken-word scene of the late 1990s at venues such as The NuYorican Poets Cafe. They have since taken their original pieces around the world, electrifying crowds and sparking conversation about just what it means to be an American citizen: right here and right now.