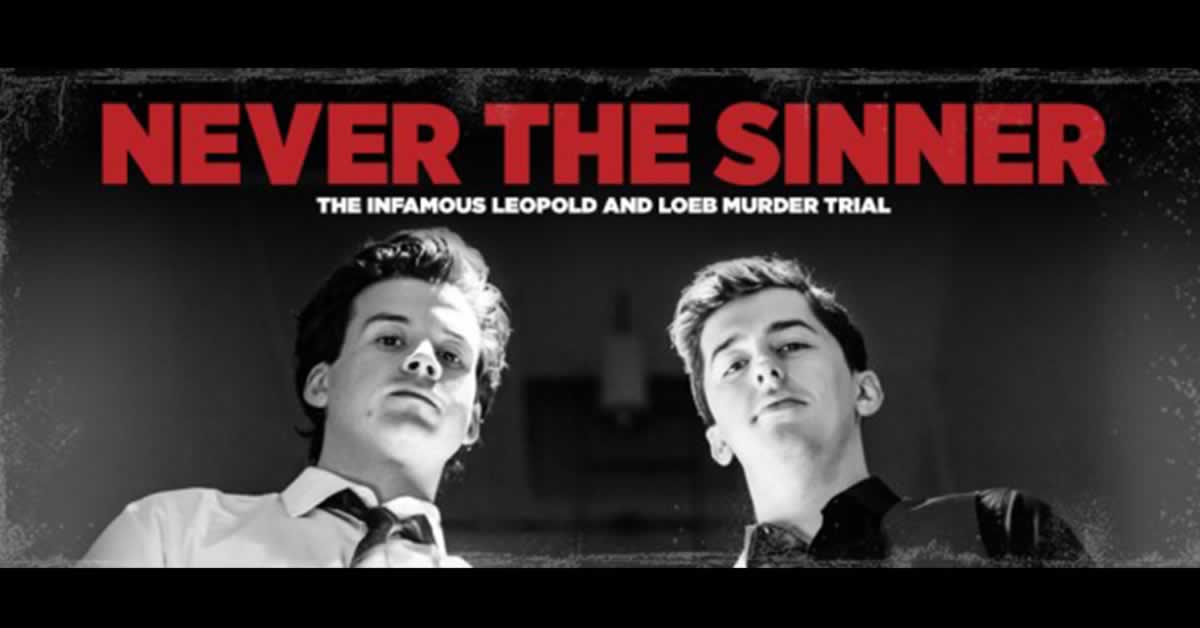 Never the Sinner
By John Logan

John Logan’s carefully researched and clinically penned 1985 play “Never the Sinner,” now the subject of a skillful new production at the Victory Gardens Biograph Theatre directed by Gary Griffin, was the breakthrough work for a singularly successful writer who would, over the next two decades, move on from the genteel Chicago murderers known as Nathan Leopold and Richard Loeb to probe a plethora of other disturbing monsters. (Source credited: https://www.chicagotribune.com/entertainment/theater/ct-never-the-sinner-review-ent-1116-20151115-column.html)