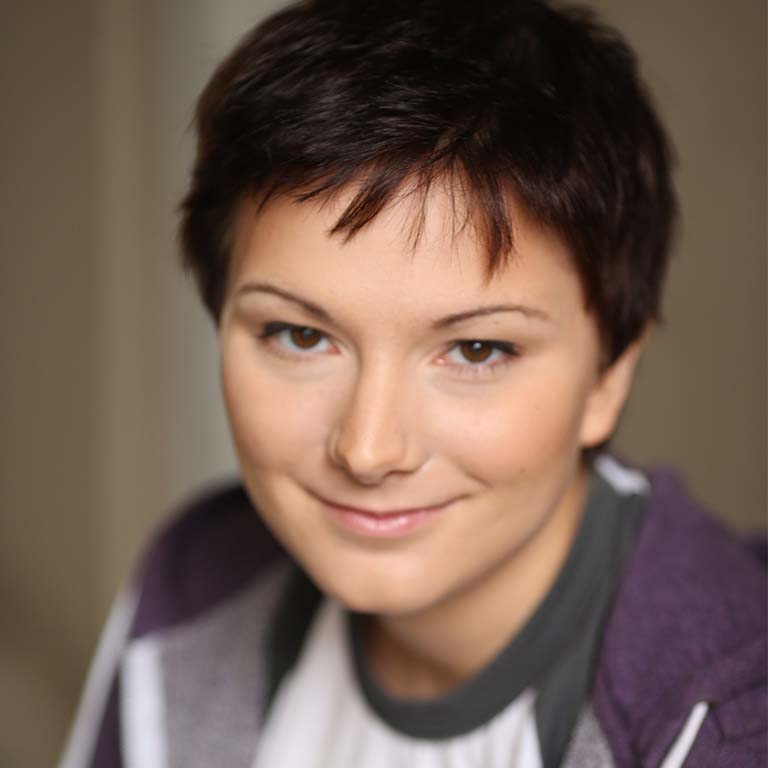 Hannah Starr is a performer, writer, and artist originally from Eau Claire, WI.  Most recently Hannah played the Emcee in No Stakes Theatre Project’s production of Cabaret and last fall was seen as Olive Ostrovsky in The 25th Annual Putnam County Spelling Bee at pH Comedy Theater. Hannah’s solo show, BOOMBOX, premiered last December at The Beat Lounge at the Second City Training Center, where they are now known as the person “who always carries around that old boombox”. They are a proud member of 99 Problemz: Chicago’s Improvised 90’s Sitcom and perform improv and sketch comedy regularly throughout the city. Hannah is a graduate of Columbia College Chicago, The Conservatory at The Second City Training Center, and has trained at the MacPhail School of Music, iO, Brave New Workshop, and HUGE Improv Theater.