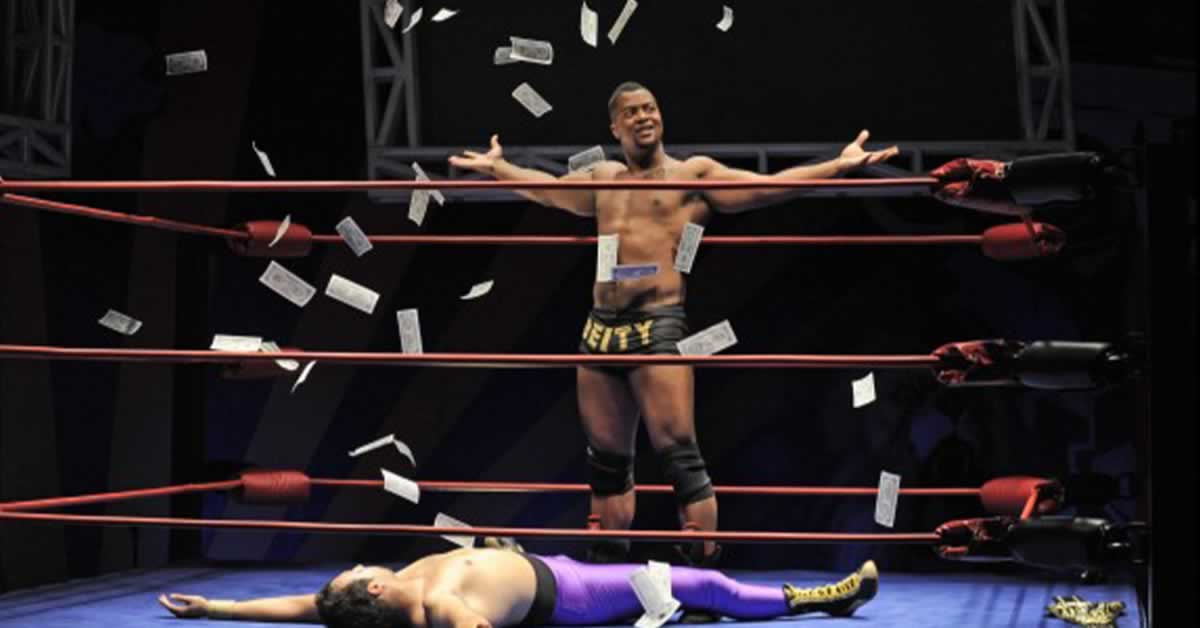 The Elaborate Entrance of Chad Deity*
By Kristoffer Diaz

A comic powerslam of a play, The Elaborate Entrance of Chad Deity is a theatrical event that dares to throw political correctness out of the ring. Macedonio “The Mace” Guerra is a middle rank pro-wrestler who may have discovered his ticket to the big time: a charismatic, trash-talking Indian kid from Brooklyn recruited as the perfect foil to the All-American champion, Chad Deity. But when the rivalry is used to exploit racial stereotypes in the name of ratings, all three men find themselves fighting for much more than the championship title.